Charas the Black Gold of the Himalayas, The Indian legends say that charas is so good that even the god Shiva himself smoked it when he retired to meditate on the mountains. The charas – which means hand-drawn hashish – is one of the greatest treasures of the Himalayas.

It is obtained from the enormous sativas that grow in the mountains and valleys of this mountain range as it passes through the peninsula of Hindustan.

This cost is not excessive as is often the case with most traditional hash – like the one that comes from Morocco and is extracted by shaking the marijuana against a sieve – but is pure and sticky resin, extracted from the plant while the plant is still alive and is shaped and molded in black and rubbery shapes. It has almost no impurities, but collecting it is not an easy job.

To this end, the hash collectors don leather suits and enter the extensive plantations irrigated by the rivers that come down from the glaciers, they are then rubbed against the plants and press the buds with millennia old maize to extract its essence.

Their slogan is “Let the resin not mix with anything!” – and they are very scrupulous when collecting the charas: no vegetable matter can be included – to get a perfect amber and brownish molasses that once kneaded will become one of the best chocolates of the world. When the sun falls, the resin is removed from the collectors body and leather to form small balls or sticks of only 10 grams, or less – the so-called “tolas” –

Charas the Black Gold of the Himalayas ,

The purity of the charas, together with its sativa nature, make it an authentic “psychoactive delicatessen” that produces transcendental and slightly euphoric effects, and if it is of the best kind, an effect of enlargement of the senses and communion with the environment .

It is not surprising that many Yogis or Hindu ascetics carry almost as their only luggage a pair of toas of charas and the ceramic pipe which is traditionally used to smoke it, the chillum, in the hope of introducing them to other planes of consciousness or to them Help improve their concentration during severe meditation sessions.

Although its not all good news: it is quite difficult to find charas in the streets of the western cities. If you launch and want to make your own – and aspires to look like the real one – you will have to contrive to create an environment similar to that of the Himalayas. It will be difficult, but if you get it, you will smoke some of the best hashish in the world. 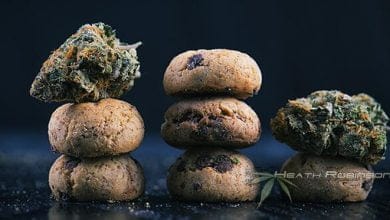