Medical marijuana has gotten a bad rap in Northern California, and perhaps for good reason. In Marin and Sonoma counties, the cannabis dispensaries that haven’t been shut down are often located near adult video “shoppes” and liquor stores, and are guarded by surly bouncers who buzz people in from behind bulletproof glass. Dispensary logos typically feature a red cross backlit by a neon pot leaf, with maybe the image of a wheelchair and the word “compassion” squeezed in somewhere; meanwhile, a nod-nod wink-wink atmosphere pervades many a dispensary waiting area, filled as they are with a high number of male “patients” between the ages of 18 and 40 who are here to be treated for “back pain” and “insomnia,” their prescriptions written by doctors who advertise in the classifieds and on billboards. It’s not surprising that the boundary between recreational and medicinal cannabis can sometimes seem as hazy as the interior of a reggae dance hall.

That smoky haze is about to clear. New research in medical marijuana is shocking scientists in the industry right out of their white lab coats, and its implications for treating medical conditions that span the spectrum from cancer to schizophrenia are poised to take the federal regulatory bulwarks by storm.

If THC is marijuana’s quintessential party girl, a lesser-known molecule called cannabidiol (CBD) is her quieter littler sister, a new wave wonder child with a good girl twist. Not only has CBD shown seemingly supernatural effects on a variety of ailments, it is non-psychoactive, moderating the euphoric, “stony” effects of THC and allowing patients to use their medicine without ending up on the couch all day, watching whole seasons of Weeds.

CANNABIS THROUGH THE AGES

To better understand the CBD revelation, let us first take a stroll down Mary Jane Lane with the help of a stunning new book. Smoke Signals, a vast compendium on cannabis by Healdsburg resident Martin Lee, is just out from Scribner. Diminutive, with a shock of mad scientist hair and a perpetual look of bemusement, Lee is an investigative journalist and one of the founders of the organization FAIR (Fairness and Accuracy in Reporting). Equal parts social history, compelling research and political commentary, Smoke Signalsis populated with the artists, writers and thinkers for whom cannabis lit a green fuse of inspiration– from Balzac to Baudelaire, the Beatles to Bob Dylan– as well as the scientists and activists who have doggedly fought to liberate the perennially misunderstood Dona Juanita.

In his initial research, Lee was simply trying to understand why California law enforcement continued to harass and bust medical marijuana patients after the passage of Prop 215, which legalized the use of the herb (with a doctor’s prescription) for a handful of ailments. Along the way, he learned of the plant’s “rich cultural history involving poetry, music, science, medicine, law and many other elements.” He also discovered groundbreaking research into the medical use of cannabis. “The science is amazing, and little known outside of academic circles,” says Lee. “I felt it important to draw attention to marijuana’s underreported medicinal attributes.”

The pot narrative began 6,000 years ago. First cultivated in the Hindu Kush, invading Aryan tribes brought it to India where it was associated with the Hindu god Shiva, and was smoked, ingested and made into fuel, cloth and rope. After observing its usefulness in the East, W.B. O’ Shaughnessy introduced cannabis to the West in the 1800’s, where it was listed in the United States Pharmacopeiauntil the 1930’s. Prescribed for over 100 ailments, marijuana was ingested by our grandparents in the cough remedies, nervines and analgesics that were common in their day and bought from such upstanding establishments as Sears, Roebuck and Company. 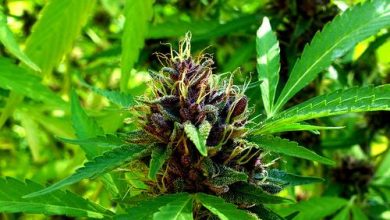 A quick guide to Diagnosing your cannabis plants problems

Ready to get some high quality marijuana seeds?

Pros and Cons of Eating Weed