The reason for that is because the way plants grow is that they transpire water, they evaporate moisture, and then that allows them to suck new moisture and nutrients up and grow. With High-Pressure Sodiums, some of the heat that (at) the canopy is generated by the light. If your room is 75 degrees, the canopy will be 85. However, with LEDs, in order for my canopy to be 85 since these lights put off heat my whole room has to be 85 that is the single biggest difference between growing with LEDs and growing with High-Pressure Sodium. Although it is commonly agreed that 75 degrees is the perfect ambient room temperature for sodium LEDs, you have to use 85 degrees because your canopy stays at 85 degrees with this light.

I have turned off my LEDs so that I can talk under some normal light. We are just talking about how 85 degrees is your optimum temperature when growing with LEDs, the range being a minimum of 80 degrees and a maximum of 90 degrees. Above 90 degrees your plants will be stressed, below 80 degrees they simply won’t transpire enough moisture to grow at a fast rate. When growing vegetatively under LEDs 80 degrees is the optimum temperature as they require less intensity. The optimal humidity for LED growing situation is right around 40%. This is also to aid in the transpiration of moisture so that the plants can uptake new water and nutrients. The reason for that is this light has a 2 feet by 2 feet quad footprint and 3 feet by 3 feet total footprint. At 2 feet apart, on center, my intensity is under the light, the intensity between the lights is the same. Directly under the light, we have light from the light directly between the light, we have cross penetration from both lights equally in the light directly under one light. The height we should hang the light without maximum benefit is 12 to 14 inches from the bottom of the light to the tropical plant. I like to start at 14 inches and that gives me a little bit of room for growth. If you are using the 90-watt version you want your light to be a little bit closer and if you are using a 350-watt version then you should have the light a little bit higher.

Now I want to talk about growing mediums. My favorite growing medium with LED is soil. The particular soil that I am using is very loose and well-draining. This is Fafard #2 growing mix. However, Promix and Sunshine #4 are virtually identical. The reason I would like to use this is that it doesn’t hold too much moisture and it drains well. If you are using Hydroponics, the key challenge is your room temperature is 85 degrees optimally for growing. However, you must maintain a water temperature between 65 degrees and 75 degrees that is going to require you to do one of two things. Either place your reservoir outside the room or use a water chiller. If your water reaches above 70 degrees, you won’t have enough oxygen for good growth. If your room temperature is below 85 degrees, you won’t have enough temperature for your plants to transpire. That is why I prefer using soil with LEDs.

In our last video, we got some comments that the buds didn’t appear that dense. I want to show you a plant that is just about ready for harvest and just how dense it really is. It is a little squeezed bud and we can see some squeezing as hard as I can and it doesn’t move. It is really solid. Now I am going to cut this branch off and I am going to take it out into the light and do some other demos with it. This is the cola that I just removed from my flowering room. I am going to quickly remove some of these extra fan leaves just to give you a better idea of what these really look like okay. As we take it, I am just going to drop it in the trim trays so we can kind of get a sense of the density. We will do that again. As you can see this is a dense heavy cola and the results from the LEDs are just phenomenal. Now I am going to put this cola on the scale so you can see what it actually weighs. 60.7 grams for about a 1-foot cola. This is one way and I would like to allow less than that. Now I just want to give you an idea of the density of the product grown under the LED. Now I am going to put a dry bud on the scale that was grown under my LEDs. This one little piece right here, I am going to place it on the scale, comes to 3.4 grams. So this one little piece is basically an eighth of an ounce.

After visiting and troubleshooting other LED growers, one common mistake I have found people have is that they forget about air exchange. When running High-Pressure Sodium most people either air cool the lights or have air exchange to keep the room from getting too hot. Although the LED won’t make your room too hot, your plants still need fresh air. I always like to recommend 3 to 4 air exchanges per hour. When watering your plants you want to first make sure that your soil has reached the point towards very dry like this and the pie is nice and light. Once we are at this point, the plant is ready for the water. When I do water, I make sure that I water very heavily so that water will make it all the way through the bucket to the bottle and even run off the bottle. These plants are not flowering so I added a part of a teaspoon each of Dyna-Gro Grow, Dyna-Gro Mag-Pro, and Dyna-Gro Pro-Tekt for my nutrients. That is what I like the best. Now once your plant is properly watered so that water makes its way all the way through do not water again until we reached that light and dry stage where we had to adjust the flow. Watering too often or watering not deeply will result in inferior root mass.

A lot of people are skeptical about LEDs and a lot of people now start to see the light. If you follow the tips that I have outlined to you, you will be as successful as we are. It is actually easier to grow with LEDs as long as your know-how and now you do than it is with High-Pressure Sodiums. We are yielding typically 5 to 8 ounces per 180 watts light provided to us by ProSource Worldwide. 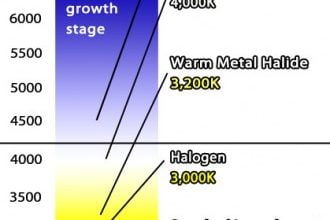 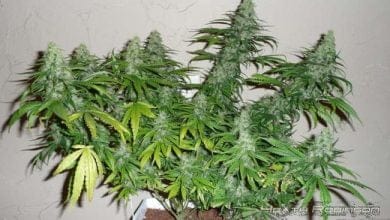 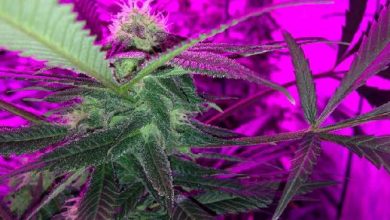 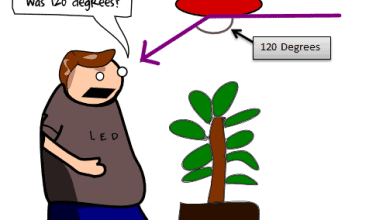