Today many pot smoking – hemp advocates who seek to reform marijuana legalization are faced with the somber realization…today marks the 75th anniversary that marijuana was prohibited, effectively outlawed when the 1937 marijuana tax act was implemented.
As November 7 rounds the corner there are three states in which advocates are hoping that the 75th year will be the last for marijuana prohibition. Many historians view this as a failed policy that has stigmatized tens of millions of people, while keeping this miracle plant at of the hands of scientists, thus keeping the American public ignorant and intolerant.
Back in 1969 advocates for marijuana reform nearly tasted the sweet fruit of victory. Led by Prof.

Timothy Leary would a portion of the 1937 tax act was ruled unconstitutional and thrown out. The 1937 tax act made it a requirement that a person must first incriminate themselves as someone who possesses marijuana…in order to pay taxes on their stash. Obviously someone saw the contradiction between the Fifth Amendment, and one’s right not to self-incriminate.
However as the federal Congress was currently being fueled by lobbying funds from marijuana’s competitors such as the cotton, tobacco, alcohol, petroleum, plastics and last but not least the big pharmaceutical companies all had pledged to keep the devil’s harvest at of the American public hands. It was at this point that Congress summarily repealed the 1937 tax act and substituted it with Nixon’s controlled substance act from 1970. From this point on… marijuana has survived its darkest hour, being relegated to the schedule one status, the most restrictive schedule the CSA could place upon it.
Since the dark ages of the 1937 tax act 17 states including the District of Columbia have crawled out from underneath the boulder placed upon him by the federal government and have approved their own marijuana laws, despite the federal government’s continued threats and ongoing prohibition even for medicinal purposes. It is with the full knowledge of our government’s hypocrisy that three states are currently considering ballot measures which would legalize marijuana and approved its regulation similar to that of alcohol or tobacco.
As Oregon, Washington and Colorado lineup to do battle with the federal government over 10th amendment issues, there are many other states waiting on the sidelines and judging the outcome. Anxious for the opportunity to legalize medical marijuana and serve their constituents there are many states contemplating this common sense move. 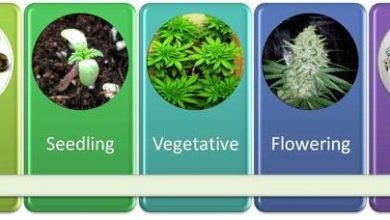