“This strain remains a manageable size for the smaller indoor grower, perfect for closets or the weekend hobby gardener.”
The Swiss Cheese hybrid is a robust grower and a fast finisher, delivering a sticky resinous flower that is rooted in its skunky genetics. Swiss cheese is a mostly Indica hybrid of Nirvana’s former Swiss Miss and the hot UK cheese. The Swiss cheese was originally bred in the Swiss Alps, and is a mix of very early finishing Swiss skunk and a robust strain from Nepal. From there Swiss cheese serves as the father, adding some old school flavor and hearty tolerance to Nirvana’s acquired cheese variant.
The cheese mother clone was snuck into Amsterdam and Nirvana’s hands from England in early 2007. It is a curious skunk#1 phenotype from the Birmingham area that is gained a ton of fans in the UK.
Swiss cheese is a healthy and vigorous cannabis strain that grows thick and tight with a compact take on the traditional cannabis plant structure. The leaves are thick and dark, and the buds are also a deep jaded with moderate red hairs. This is a sturdy, beginner friendly variant that is recommended for social-based sea of green systems due to its minimal branching. The tight coliform eight and’s on these plants give off a heavenly aroma from the first flower forward. Most marijuana plants appreciate the optimum growing condition, yet Swiss cheese is perfectly flexible in any environment. Swiss cheese is perfectly capable of handling low night temperatures without much of a point, resisting mold infestations and forgiving minor miscalculations.
Swiss cheese plants stay average in size throughout the vegetative cycle, however once fully entrenched in their flowering cycle, tend to double in size, reaching an average final height of approximately 5 to 7 feet. This strain remains a manageable size for the smaller indoor grower, perfect for closets or the weekend hobby gardener. Swiss cheese is also faster finish, taking only six – seven weeks of flowering time to reach full resinous maturity. The speedy cycle makes Swiss cheese a great outdoor choice, as she usually finishes by the beginning of September if planted in early May.
Once properly cured, Swiss cheese buds are a dark green coloration and tend to be rockhard with a strong sense of the highly sought after skunk aroma. The Swiss cheese strain packs a Mack truck punch, with a heavy fast onset. As a general rule of thumb unless you’ve been blessed with incredibly high tolerance for THC, don’t plan on getting a whole lot accomplished after you sat down and enjoyed a session with this old-school throwback from the mad scientists over in Amsterdam. 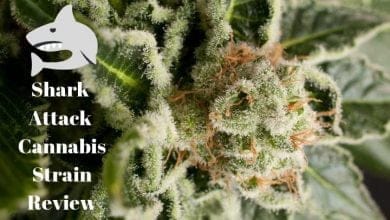 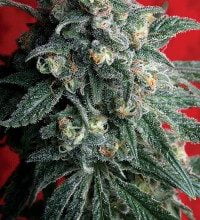 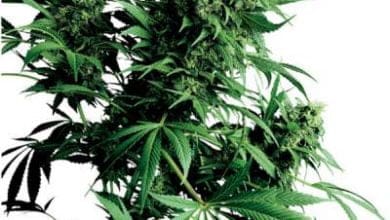 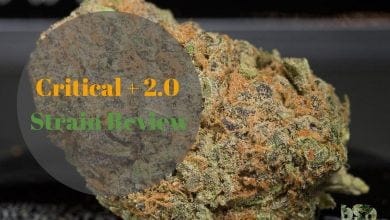