A new report from the World Health Organization (WHO) sent by the organization Antonio Guterres.

The report recommends that for the first time since it was written and published in 1961, the UN Convention on Narcotic Drugs will be updated to formally recognize the medical efficacy of cannabis. As well as update the legal definitions of THC Is the main active ingredient in the cannabis plant.

THC is a powerful painkiller. Beyond that, it has a variety of medical benefits in treating various diseases, including multiple sclerosis, Parkinson’s disease, Tourette Syndrome, AIDS, and PTSD.

Recent studies have shown that THC may also be an effective treatment for various types of cancer – and not just alleviate the symptoms of the disease as it was thought.

Studies have linked the use of THC, as well as alcohol and a variety of other drugs, to an outbreak of hidden mental illnesses such as schizophrenia in people with genetic susceptibility to the disease.

Cannabis, however, contains CBD cannabinoids, which have a strong antipsychotic effect that probably reduces this potential hazard of THC.
THC is also marketed as a capsule drug under the name ‘Marinol’, but the use of the drug is sometimes accompanied by far more serious side effects than cannabis – probably due to the lack of CBD. “THC And of CBD, The main active ingredients in cannabis.

According to the report, the committee is expected to reconsider the definition of cannabis as a dangerous drug as early as next month (March 19) during its annual meeting, although the process may be delayed until the meeting in 2020 due to delays in submitting the recommendations of the expert team. 53 EU member states will now have to approve the recommendations of the World Health Organization.

According to the report it is recommended that:

Approval of the drug has sparked controversy over the question of why THC of natural origin (cannabis) is illegal, but synthetic THC from the drug lab is.

In addition, many patients who used marinol and medical cannabis show that the marinol is too strong in its psychoactive effect and causes more mental side effects than cannabis – probably because cannabis has CBD And other cannabinoids that balance the effect of THC, as opposed to the drug. “Marinol” Will be added to the lowest level in the list of dangerous substances of the UN (Schedule III).

Cannabis and hashish (Cannabis extract)
The report recommends that cannabis and cannabis extracts be removed from the highest risk level (IV) and added to the second level (I), since the current category defines particularly dangerous products that are not medically beneficial.

“The facts presented to us did not show that the cannabis plant or extracts from it had the same serious effects as other hazardous substances in the Schedule IV category,” ECDD writes. “In addition, cannabis products have shown medical potential for treating pain and other health problems such as epilepsy and muscle spasms.

Cannabis should therefore be defined to such a degree that it will ensure the prevention of its dangerous use but will also not be an obstacle to access to it for research and medical use. ”

THC
The report further recommends that all forms of THC be grouped together with cannabis in category I. This should simplify the way drug laws in different countries will be treated uniformly.

“The dangers associated with the use of THC are similar to those of cannabis and its extracts, and therefore it is more appropriate to group them together in the same category,” it said. “Because of the chemical similarity of each of the 6 different isomers of THC to THC itself, it is difficult to distinguish them by standard methods.”

CBD
In the past already recommended The ECDD removes cannabidiol (CBD) from the list of dangerous drugs, and now again emphasizes that pure CBD products, or those containing less than 0.2% THC, should not be part of this list.

“Canabidiol is found in cannabis but has no psychoactive effects and does not pose a risk of overuse, addiction or serious side effects,” it says. “Canabidiol has been found to be effective in treating such problems as epilepsy and was first approved in the United States for such treatment and is expected to be approved soon by the European Union.”

Therefore, it recommends removing these products, whether synthetic or natural, from categories I or II and transferring them to category III.

“Since the THC components can not be separated from these medical products and therefore do not pose a danger to public health, the Committee recommends adding them to Tier III of the list of hazardous substances,” it said. 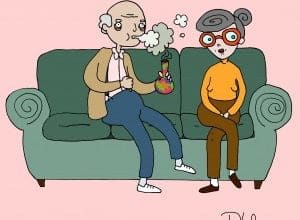