Whatever the reason happens to be, you’re here and it’s safe to say we all have at least one thing in common. What’s that, you ask? The answer is our goal to be as friendly to our body’s health as possible, while still enjoying our place in one of the three categories above. Like most of you, I was introduced to marijuana in the form of a joint, marijuana broken up into a fine grain and rolled up into your finest smoking papers.

This is perhaps the most commonly adopted way of smoking, ahead of pipes, bongs and whatever other interesting methods you chose to explore. As most of you would agree, there’s no substitute to the therapeutic process of breaking up your herb, rolling it and puffing back on a relaxing marijuana cigarette.

There is, however, long lived debate about the health risks associated with smoking joints and the by-products that you intake during the combustion process. This is a process that occurs when you light your joint and lasts up until your last puff — every time. Although the facts about the negative effects marijuana has on one’s health are often ambiguous, the by-products associated with combustion arc very real.

For some of us, the health risks arc not our primary concern. For others reading this, you may have already adopted another way of smoking that is friendlier to your health. Marijuana users who have a health conscious head on their shoulders may want to consider changing to a vaporizer.  Vaporizers arc designed to heat material to temperatures of 130 degrees C to 230 degrees C (266 degrees F to 446 degrees F) where vapors arc produced but out of the range of combustion where harmful smoke is formed.

One study in particular demonstrated that vapor from vaporizers consisted mostly of  the desirable active ingredients of cannabis, whereas combusted smoke contained over 100 other dangerous chemicals including poly-nuclear aromatic hydrocarbons (PAHs), and carcinogenic toxins found in tobacco smoke. A wealth of other studies reported from various universities around North America have demonstrated similar findings.

Whether you’re a medicinal marijuana smoker, a recreational smoker or just plain interested in marijuana and the associated movement, whatever the reason happens to be, you’re here and it’s safe to say we all have at least one thing in common. What’s that, you ask? The answer is our goal to be as friendly to our body’s health as possible, while still enjoying our place in one of the three categories above.

In this article we have introduced you to a greatly improved way of smoking, friendlier to your body’s health – and higher levels of THC in comparison to conventional smoke. It’s up to you whether you want to introduce this new way of smoking into your life. Maybe it depends on what category you fall under, maybe not. Whatever the case, it’s time for everyone to give these new advances in smoking technology a chance.

How To Smoke Out Of A Water Bong

How Mangoes Can Enhance the Cannabis High 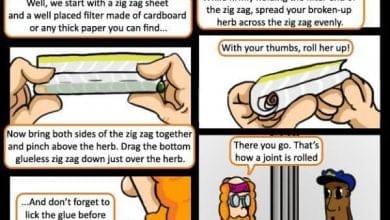 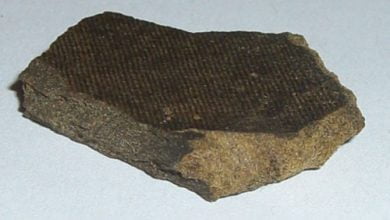