White Widow The Story of a Classic Strain, White Widow is a sativa-dominant hybrid with powerful energy effects. It was produced by Dutch Green House Seed veterans in the 1990s as a cross between a Brazilian indica and South Indian sativa strains.

Arguably the most famous cannabis variety in the world today, white hemp has gained worldwide popularity thanks to countless awards since its release in 1994. The variety received its first High Times Cannabis Cup a year after release – in 1995. And since then, the list of awards and prizes has only been growing. Used regularly to cross new hybrids, White Widow is extremely efficient and is available from almost every seed bank in the world.

White Widow is without a doubt one of the most successful commercial strains on the cannabis market. Perhaps that is why the history of its origin is so vague.

The battle over who actually invented the variety has turned into a political fight that has divided canna fans into two camps. The origin of the strain is shrouded in many mysteries. The truth is that only one person can be called the true creator of White Widow.

According to a common legend, the White Widow grass variety was created by the famous breeder Shantibaba. Canna researchers tend to believe that Shantibaba, the former co-founder of Green House Seed and one of the founders of The Nice Seedbank, is the creator of the legendary strain.

The White Widow strain was officially born in 1994 when Shantibaba and his friend and partner Arjan formed the Green House Seed Company.

The parents of this world-famous and popular hybrid are considered to be the purest Brazilian Sativa and the South Indian Keralan hybrid father. The exact origin of the female is still a mystery, but the most educated guess is that it may be an old-school Brazilian landrace. It was found during a trip to South America. The mythical breeder was located in a mountainous area, between Colombia and Venezuela. It was there that Shantibaba found the IBL strain. IBL stands for In Bred Line – this is uncrossed genetics for several generations.

The White Widow’s father was discovered by Shantibaba while traveling to India. In the mountains of Kerala, he met and talked with a man who shared a joint with him. In the end, the hospitable Hindu invited the traveler to his farm. Where and showed him an indica hybrid that had been grown, selected, and crossbred in his village for a very long time. After a couple of days of sampling, Shantibaba went to the Netherlands with a delivery of the freshest seeds. One of them soon became the father of the iconic White Widow.

Thus, both parent plants were strains grown over several generations in the same climate without outcrosses.

Back when Shantibaba was still a co-founder at Green House, he produced some new superb hybrids with Neville of Seed Bank of Holland.

During the period that the White Widow variety was created, Shantibaba and Neville concentrated on the breeding aspect of the business. At the same time, Arjan, not being a breeder, remained responsible for the development of the company and increasing sales growth.

Due to a series of conflict situations between the two owners, Shantibaba resold his share in Green House to Arjan. In 1998 he left for Switzerland to form Mr. Nice Seedbank with Howard Marks and Neville. Shantibaba then focused on supplying the highest quality strains from both old and new world genetics. The exceptional quality of its products can hardly be disputed by anyone. He began to breed Widow under the flag of his new brand and named her Black Widow Strain to buy since the name White Widow was already sold by Arjan in Green House.

The irony is that many of these plants have amassed an impressive array of awards that go to Green House. But in fact: all of these plants can be traced back to the original breeders Shantibaba and Neville, who renamed some of their varieties to avoid comparisons. Unfortunately, despite all their labors and efforts, there were still some overlaps. An even greater number of breeders have appeared, claiming that it was they who invented the very White Widow variety. And Green House is no longer as active in developing new and strengthening flagship strains as Shantibaba. Their focus seems to have shifted towards the feminization of old stock.

white widow is known for its pungent, ammonia-like aroma with some hints of earthy pine. When the buds open, a softer, incense-like smell appears. Smooth smoke has the same earthy taste – users accustomed to fruity or tasty crosses may be disappointed by White Widow’s relative lack of flavor.

What this strain lacks in flavor profile, it makes up for with fast-acting cerebral effects. From the positive:

This strain will surely ignite the fire of creativity in every user.

White Widow is a variety often used for recreational and medicinal purposes. So, for example, White Widow is extremely effective in the treatment of:

White Widow buds are stocky, tapering, and cone-shaped. The flower structure is more sativa than indica, with a loose and fluffy texture that can be easily broken despite its stickiness. The leaves are spring green with small visible pistils.

When grown successfully, the buds are completely covered with long-stemmed trichomes, giving the plant a whitish-gray appearance. Thanks to this cannabis variety got its memorable name.

The white widow can be grown from seed or from a clone (achieved by planting cuttings of mature and healthy plants). The main advantage of the variety is its extreme resistance to mold. That is why white hemp is ideal for both indoor and outdoor use. The plants are bushy and broad and have a flowering time of 8 to 9 weeks. The content of THC is high – 15-20%.

By crossing Brazilian and South Indian strains, the variety has a strong genetic basis. This factor made White Widow a plant for crossbreeding experiments. Among other things, it has led to other popular hybrids such as the White Russian.

7 side effects of cannabis 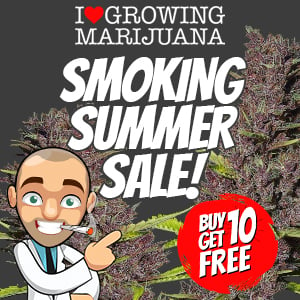