Cannabis and Tobacco – Is This The Ideal Mixture?. Mixing marijuana and tobacco is a common way to smoke a joint. But have you ever considered how our bodies react to this mix and what the effects might be?.

The choices of individual smokers can be very different. Some prefer to smoke marijuana straight with nothing added.  But by far the most popular method is still to blend the cannabis with tobacco.

We already know that each of these substances has a different effect when taken, but what about when you combine the two substances?. 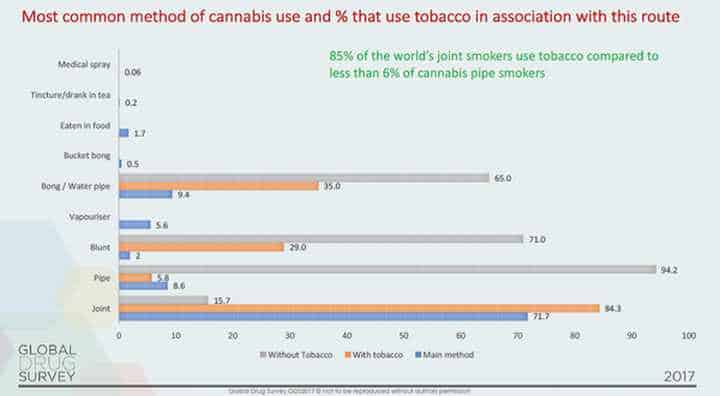 But you do not have to smoke cannabis with tobacco to enjoy the advantages. Alternatives to smoking marijuana include consuming it– in some cases described as edibles– and breathing in via a vaporizer, pipe or bong

How does the body react?

Nicotine itself provides the smoker with a sense of relaxation. This is done by the release of opioids in the brain, which includes the endorphins.

The effect of Opioids in the body can then lead to pleasant dizziness. Smokers have similar reactions when using cannabis but the effect on the receptors is quite different e.g. the muscles in the body relaxes and loosens.

The mixture is soothing, but that does not mean that you are as stoned as if you were smoking pure marijuana. Of course, we are all different and react differently to the substances and mixtures, but nevertheless most users will experience relaxation, and calm.

Researchers have proven that low doses of nicotine stimulate the production of adrenaline in the body. This can alleviate symptoms such as hunger or pain and makes the pupils dilate.

That is one of the reasons why people have always loved smoking so much. Marijuana works in a  similar way, so the combination with tobacco is even more intense and very stimulating on our body. 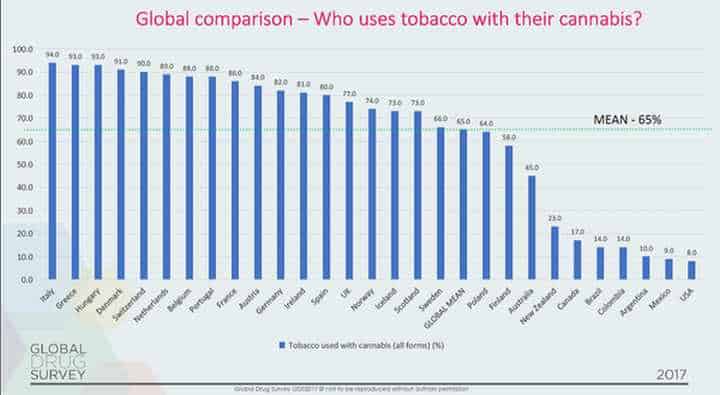 In countries where smoking joints is the norm, we need to concentrate on utilizing the success of anti-tobacco smoking campaigns to assist people who like smoking marijuana to do so without tobacco.

The combination of Marijuana and tobacco causes a better absorption of THC in our body. But how can that be?.

We feel the effects of smoking the plant much faster and more intense, than if we smoke it without tobacco. Studies from 2009 showed that the smoke of marijuana not containing tobacco had 38 mg of THC per gram.  By combining with tobacco the THC increased to nearly 59 mg per gram. Thus, this combination of both cannabis and tobacco increased efficiency by 45%.

Effect of THC And Nicotine.

Marijuana and tobacco are smoked individually, but also combined, the cause of slight dizziness. The tobacco itself causes tingling and increased the production of adrenaline in the smoker, which can trigger a sense of anxiety.

Marijuana, on the other hand, causes increased blood flow to the body, which can also lead to dizziness. When we combine both drugs, the effects become much more intense and the brain gets a rush of blood. This can then result in an increased heart rate.

It is important to differentiate and make it clear that nicotine is the awakener and that THC works the other way around. It calms down and makes us humorous and thoughtful.

The toxic effects of tobacco and tobacco smoke are known to us. Smoking cannabis in combination with tobacco on a regular basis increases the risk of chronic illnesses, but can also lead to side effects. This refers to the regular and high consumption of tobacco and not to occasional smoking. For continuous consumption, please bear in mind the following risks:

In addition, smoking can cause the following problems in the body:

Smokers of Cannabis and Tobacco run the higher risk of side effects and diseases. Smoking filter cigarettes causes a certain amount of toxins such as tar and other dangerous substances to be reduced. Compared to a classic blunt without a filter, we increase the number of carcinogenic substances by each turn. Therefore Smoking a blunt can be even more dangerous than a filter cigarette.

It has often been asked whether the risk of disease could be reduced by avoiding smoking Cannabis and Tobacco. Of course, marijuana has a strong one Anti-cancer effect however, when burned, it releases carcinogenic substances that are not normally present in the plant.

Tobacco has a devastating effect on the human body, unlike THC it offers no protection against carcinogens. When we mix tobacco with marijuana, we harm ourselves exclusively.

Of course, blending tobacco and marijuana will not protect you from disease, but to some extent, you can offset some of the damage caused by tar and other toxins. Of course, the mixture is not a healthy alternative to smoking tobacco alone. In comparison, however, the side effects and the risk of illness are much lower than when using pure marijuana. 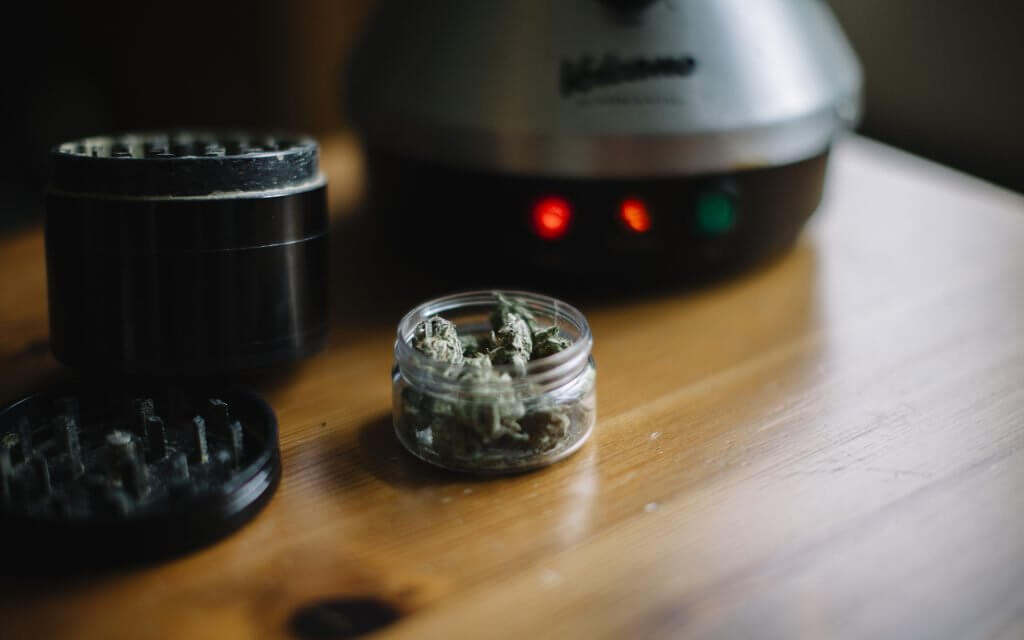 Reduce The Side effects – Vaporize.

vaporizers have the ability to minimize side effects as much as possible. A vaporizer does not burn the herbs, so its use compared to most alternatives (not including edibles) is not only the healthiest but also the most economical and tastiest option

The fact that the herbs are not burned, and no smoke is generated means the associated side effects are also a thing of the past. Anyone who does not want to give up his favorite herb should consider vaporizing.

The higher the quality of a vaporizer, the better and the change of herbs can be handled much more comfortably. Of course, it is difficult to change your usual smoking routine, but it is above all the healthier option compared to the smoking of tobacco.