How To Get Rid Of Powdery Mildew During Flowering. Powdery mildew can affect any part of the plant, it appears as a kind of “white powder”, which causes deformation of the leaves, buds, and lack of flowering.

One of the main challenges that both beginner and experienced and seasoned growers face is the appearance of fungi, diseases, and pests.

The environmental conditions and genetics of your plant largely determine whether we will have to fight to make our cannabis plant stay strong,  vigorous and productive.

It easily gets confused like mold, although the effects of mold are much more serious in cannabis plants.

The first symptom of infection is the appearance of white powder spots on the surface of the leaf: if we run our finger over the dust spots and remove them easily, we can be sure that it is powdery mildew.

These white spots are spread by the leaves and stems, so much so that when we move the plants, they come to release some of this dust, similar to ash.

Powdery mildew can cause chlorosis in infected tissues, similar to some mineral deficiencies: other symptoms can be: dwarfism, curling, and loss of leaves, poor flowering.

One of the most troublesome and at the same time most common is powdery mildew. To beat it, we must first identify it, and understand it, Knowing what it is and how it behaves, can help us anticipate its movements and control it better.

It is unusual for the plant to die because of it, but it certainly causes a considerable loss, both in terms of quality and quantity of the buds.

When we talk about powdery mildew, contrary to what we might think, we are not referring to the common name of a particular mushroom, but to the disease caused by a series of fungi ascomycetes: it can infect all the green organs of the plants, however, it causes the greatest damage to the leaves and buds.

What is powdery mildew ?:

Powdery mildew is a disease caused by a fungus with the same name. There are several kinds of powdery mildew that affect different varieties of plants, but the most common one in cannabis is caused by the fungal pathogen Erysiphe necator.

This fungal pathogen only knows how to do two things:

Compete for resources with your plants while feeding on them. Reproduce quickly both sexually and asexually. One of the most important factors in winning a battle is knowing and recognizing your enemy.

If we don’t know how to identify powdery mildew, how can we know if we should control it and then annihilate it?

Powdery mildew is very easy to recognize. It manifests itself through tiny white spots, like flour, that appears on the surface of the leaves. It looks like it’s white flour.

It usually appears at the bottom of the plant (where it is more common for the leaves to be in contact with the ground and for moisture to form) and reproduces upwards.

That white powder is very easy to recognize once you know what you are looking for.

What conditions are necessary for powdery mildew to Thrive?.

Now we know what powdery mildew is; We know what it looks like and we have a clear vision of what it needs to grow. Now it is important to know how to prevent it from entering and staying in our garden.

It is much more effective and cheaper – in terms of resources – to prevent than to control.

If you manage to maintain good growing conditions, the probability of having to face a fungus or disease is greatly reduced.

Obviously it is always good to have an arsenal of weapons to fight, but the best thing a grower can do is observe good growing conditions and use them to prevent pests, fungi, and diseases.

What to do against powdery mildew

“The speed at which this fungus reproduces makes it dangerous. To prevent the appearance of powdery mildew, it is best to identify the conditions that promote its appearance and reproduction“

How to prevent powdery mildew from entering my cannabis garden?

We already know what conditions powdery mildew needs to settle and reproduce. Now we must ensure that our grow environment is hostile to the fungus.

Have good ventilation:
This is perhaps the best way to prevent the appearance of a fungus. If we have a good exchange or air it will be more difficult for the fungus to settle on your plant. A small wall or floor fan can go a long way in preventing fungus from settling and inhabiting your plant.

Defoliation of cannabis:
This is an ancient technique both in cannabis and in other plants. What is done in this technique is basically to remove some leaves from the plant. In this case, we will do it in order to prevent the leaves from touching, forming humidity and creating an environment conducive to the appearance of powdery mildew.

Control humidity:
This is a delicate subject since the optimal humidity for the growth of our cannabis is in the range that powdery mildew needs to live.

Our plant needs to have a relative humidity between 40% and 60%. If the humidity is higher, we must use a dehumidifier to reduce humidity. This recommendation is only feasible in indoor or very small closed crops.

If we manage to follow these recommendations we will reduce the probability of having to face our enemy. But…

What if my plant is already riddled with powdery mildew?

The good news is that powdery mildew can also be removed. It takes time, it takes patience, but in the end the war is not lost. I have personally read several articles that talk about natural techniques and I think I have tried everything.

Finally, this is my list of the best weapons to beat powdery mildew:

Clean your powdery mildew leaves with a damp towel:
This technique was discovered the first time I encountered this fungus. One day I saw my cannabis plant full of that white powder, I followed my intuition and thought: “Well, let’s take a towel with warm water and take it off.”

That’s what I did and, a couple of weeks later, I no longer had any traces of that fungus.

It took a lot of time and effort, I cleaned each of the leaves, but in the end, I got the desired result.

If your plant is still in a vegetative state (it hasn’t started to flower) this is perhaps the best weapon you have available. The silver bullet.

Remove the leaves that have powdery mildew.

As I mentioned earlier, the fungus begins to appear on the leaves below or in those that are touching and therefore moisture accumulates. While the defoliation technique (removing leaves) is best used to prevent powdery mildew, you can also use it to combat it.

Once the fungus appears, remove those leaves where it is present. Remember that this only works when the fungus starts to appear.

Diatomaceous earth is among the top solutions for problems in agriculture. It is an excellent pesticide, it serves very well as a fungicide and also provides nutrients to the plant.

Being inert (not toxic either), diatomaceous earth kills insects and fungi without changing the composition, taste or smell of your cannabis plant.  The recommended way is to dilute 1 gram of diatom for 10 ml of water and spray your plant. In this way, the plant can take advantage of the nutritional benefits of this magical organic product.

Apply a mixture of water with milk in a foliar spray:

Prepare a solution with one part of milk for every four of water and apply it in a foliar spray throughout your plant.

The solution should be applied both on the surface of the leaf and on the underside, and it is recommended to apply it in full sunlight. According to experienced horticulturists, it is the lactic acid in milk that acts on the fungus.

Sodium bicarbonate:
Prepare a mixture with a tablespoon of baking soda with three liters of water and apply it to the entire plant. This weapon works more preventively but it can help you make sure that powdery mildew does not reproduce easily.

When our plant is in bloom and ready to harvest, powdery mildew can be much more difficult to control and eliminate. Note: only use it in extreme cases when the plant has a lot of powdery mildew and is ready to flower or a few days after harvest

This technique consists of filling a tank with 20 liters of water and mixing 300 ml of hydrogen peroxide. Then we put our plant to soak in the mixture and watch how the powdery mildew is leaving the plant and floating to the surface.

Once we have washed with hydrogen peroxide, we wash our plant with water and dry it with a floor or wall fan to prevent mold or other fungi from forming. This technique comes from the great master of cannabis cultivation Jorge Cervantes.

Conclusion.
With these techniques, you already have an arsenal to combat powdery mildew. Many people are scared to see this white powder on their plants, panic and throw everything away.

The truth is that this is a pest that can be prevented and, once it appears, it can be fought. The important thing, as in any war, is to know our strengths, identify the enemy and have the knowledge to defeat it. 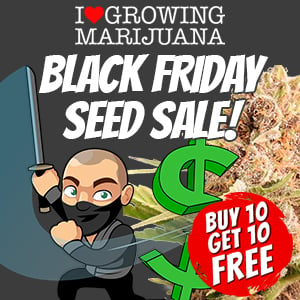