Skunk, the most influential cannabis strain in history. Skunk It is the most famous, cultivated and relevant variety in the world.

A few years ago and due to the misinformation of some media, they began to refer to Skunk as a generic name to call any pot with high potency. Which has led to some confusion among those who enter this world for the first time, and they really have a wrong concept of what Skunk is.

The Birth Of a Myth.

The Skunk strain is a stabilized poly hybrid and yes this plant lives up to its name because that’s right, it is a plant with a very strong and stinky smell.

This great variety was born in the Bay area of California in the late 60s by the hand of a grower named Jingles, who crossed a Colombian Gold with an Afghan male.  Shortly after, in the early 70’s it was the turn of the famous breeder Sam the Skunkman or Sam the Skunk Man.  Who stabilizes the strain as he also did with the Haze and the Northern Lights that have revolutionized since its appearance the whole cannabis scene.

The first Skunk was a small plant the offspring of a Colombian Gold and Afghani, two powerful pure varieties that produced quite unstable plants.

To achieve this great parenting job Sam spent several years of his life, and starting from this first step he decided to introduce Acapulco Gold since it was a hybrid and contributed to production, stability and considerably reduced the flowering time, with which the Skunk we know and love today began to take shape.

It was stabilized under the Californian sun for several generations and selections of thousands of plants by Sam and the team of Sacred Seeds among which was Mendocino Joe and Sandy W.

it goes on sale for the first time in the year 1978 and  although selling at an excessive price for the time, they quickly they began to sell kilos and kilos of seeds,  soon the growers exhausted them al and began to Make Skunk’s name famous.

THE JUMP TO EUROPE

In 1982, Sam is arrested and his cultivation and breeding stock were completely destroyed in a police operation. Upon receiving bail he checked the status of all his work.

Only to find uprooted plants, and seeds in rubbish containers, fortunately he was able to recover part of his genetics and decided to move to Holland where the relaxed laws allowed many seed banks to emerge which to many was known as the best time of the Dutch seed banks.

As an anecdote, Sam arrived in Europe helped by his friend Ed Rosenthal, one of the owners of the former Positronics seed bank and the other famous cannabis grower, writer and activist. Sam founded the Super Sativa Seeds Club and begins selling its own seeds, highlighting Skunk, Haze and Afghani hybrids.

Soon there are several Dutch breeders who would benefit from this stabilized hybrid, such as Neville Schoenmakers, a young Australian.

Being young, Neville is interested in mendel’s laws of inheritance and begins to raise parrots in his native Australia. A young rebel, he is arrested for misdemeanours, is hooked on heroin, so he is forced to emigrate and ends up in the Netherlands with a help from the government of a rehabilitation program and begins to cultivate marijuana legally.

He soon starts his seed bank, The Seed Bank of Holland, the first seed bank in the Netherlands, to sell the strain varieties that had back then, mostly sativas which were difficult to cultivate in those latitudes when there was still no good lighting for indoor growing. The incorporation of the seeds that he got from Sam, helped show a great leap of quality both for the bank of Neville and for others.

The Super Sativa Seeds Club was a collective of breeders from Holland who continued with Sam’s work and was the first bank to sell Skunk, which would soon be followed by other banks such as Positronics, Sensi Seeds, The Flying Dutchmen, Dutch Passion or Seedsman, where all owners in one way or another have direct contact with Sam and his work.

Is The Skunk Strain Relevant Today?.

Today, one could say that more than 70% of current varieties carry Skunk genetics in one way or another, given that it is the power that all breeders knew how to confer on their offspring.

Cheese or California Orange Bud are Skunk selections that one stands out for its stinky smell of cheese and the other for its characteristic orange hairs and a citrus flavor with light orange background, so they are 100% Skunk.

As you can see and if you look at any catalogue of any seed bank, they will have some variety or several that contain some of these genetics that we just named, so they also contain Skunk. After all, Skunk is always synonymous with quality plants.

The Skunk Strain is a very easy plant to grow.

And highlights its intense, very Characteristic smell.   It grows with a great spruce-shaped force. With thick lateral branches.

This ensures they do not split with the weight of the buds. It is the typical variety recommended for beginners, for its resistance to pests and mould and always give the best under any conditions.

Indica-like, its leaves are dark green and its buds will form long tails full of resin and with very little leaf. Be careful with smells whether we grow indoors or outdoors, because they can alert our Neighbors to our activity.

It has a short flowering period, approximately 8-9 weeks. The potency is very high and balanced, between narcotics and cerebral. The typical marijuana to enjoy in good company, laugh and debate.

A jewel that has aged beautifully and remains a reference for all types of growers. Do not hesitate for another minute if you have not tried it yet.

Find a good seed bank  and reserve your Skunk seeds for this next season and be sure that you will harvest one of the best plants of your life. 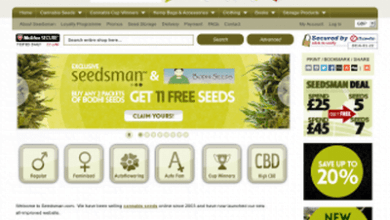 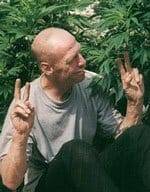 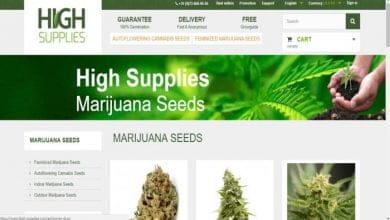 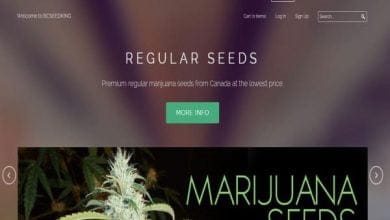