Cannabis Bloom Boosters Fact or Fiction, If ever there is a mountain to be made out of a mole hill in the indoor gardening industry, where the logic of 1+1=3 is accepted and ten products can be justified from two elements – I think Hydroponic Nutrients and bloom boosters in particular fit the bill.

In contrast to field-crop agriculture, Hydroponic nutrient companies often recommend combining base nutrients with various bloom boosters in the early, mid, and near-end of the flowering cycle.

To the inquiring hobbyist, grower redundancy can seem like an understatement since similar minerals are present in various boosters; and, in contrast, the science they’re founded on might seem as anecdotal In the end, to some, it seems science is abandoned for a faith-based trust in nutrient companies to provide us with bigger, better, and more profitable yields. Are bloom boosters based on science or snake oil? Let’s take a look at a few products that hopefully serve to represent the numerous boosters available.

The first thing you will notice is the vast majority of “boosters” have little or no nitrogen. Boosters are traditionally phosphorus and potassium at various ratios, and often small amounts of other stuff like magnesium or sulfur.

This is not the recent brainchild of growers in Mendocino or B.C. but older wisdom passed down from the agricultural field crop researchers from the 17th through to the 20th century.

Early testing showed that soils with too little NPK, or lacking the conditions for the availability of the elements, responded well to fertilization – and furthermore that too much nitrogen when the plant’s metabolism is shifting to reproduction delays the transition as the nitrogen induces vegetative growth.

A trial published in 1951 further concluded that, though the reproductive stage requires a higher ratio of PK to N, without the nitrogen yields dropped over 50%. Because high-PK boosters are recommended for use in conjunction with regular nutrition, the general absence of nitrogen in the boosters serves to tip the scales while continuing to provide regular “base” nutrients.

Looking into the “first week of bloom” booster phenomenon, and where it originated – and particularly some data to support the notion – has left me stumped. From what I can surmise the appearance of early bloom boosters originates many years ago with Rambridge’s Blossom Blood, which is to be used once the first flower or fruit is initiated.

The premise is that a slightly-acidic nutrient solution promotes flower development, and the product holds the solution at a stable optimal pH. The label states it is a “selective pH control water treatment” and peripherally notes Monobasic Phosphate as an ingredient. This may entail a phosphate buffer as a mixture of K2HPO4 and Na2HPO4 with citric acid – we can only guess. At just over $220 for 300g, it’s certainly not an inexpensive ‘” buffer.” 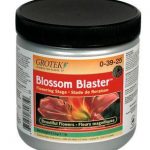 Grotek, who produced the next generation of early bloom boosters, have included a fairly sizeable PK into their flatteringly named Blossom Blaster. With an NPK of 0-39-25 this Grotek booster is used in weeks 1 and 3 with the allusion that an immediate alteration of the nutrient ratios will “contribute to proper plant maturation.” Blossom Blaster’s mainstay salt is monopotassium phosphate [MKP] and retails for around $240.00 for 500g. 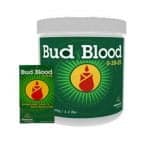 Advanced Nutrients then marketed a similar “first week of bloom” booster called Bud Blood (bless their shamelessness, all of them) with the same NPK as Grotek’s. Bud Blood is derived from a few different source ingredients than competitive products and retails in the zone of $273.50 per 500g.

Alltek brand’s Flower Blood reinvents the 0-39-25 with the inclusion of Phloxine, a phytotoxic red dye alleged to stimulate leaf senescence, and Allantoin, a plant hormone present in plants during flowering and considered to induce or quicken the metabolic shift to bloom.

Other boosters used early in the bloom cycle include: Top Load, Dr. Node’s, Phosphoload, Megabud, et al. These products are sometimes used for controlling vertical growth or reducing the space between nodes in blooming plants – which can be ideal for indoor gardening in restricted spaces.

Consideration should be made to ensure your chosen early bloom booster is appropriate for your crop demands; and, if required, that it meets criteria for human consumption.

Years ago if a person ventured into using a bloom booster it would have likely been an 0-50-30, whereas, in recent times, that tendency has evolved into the confusing lower-NPK boosters and stimulants often packed with the bio-active ingredient.

The “old school” realm of 0-50-30 includes Grotek’s Monster Bloom (0-50-30), FHD’s Ton O Bud (0-49-42), Rambridge’s Monster Blood (0-50-30), and Advanced Nutrients’ Bloom Booster Pro. There is not only commonality between these products’ stated mineral profiles, but as well of labeling – the Rambridge, Grotek, and Advanced Nutrients products all feature a reddish composite flower; Ton O Bud being unique in that regard. Prices are around $65 for 500g of the 0-50-30.

General Hydroponics’ Liquid Koolbloom (0-10-10), Canna’s PK 13/14, and competing Hammerhead PK 9/18 by Advanced Nutrients continue along the mineral path, each presumably delivering the perfect ratio of P and K to compliment the manufacturers’ respective base nutrient schedule.

In the zone of $30 a liter, these boosters are likely WYSIWYG – a safe bet to boost your plants without including hormones or other undeclared compounds that may or may not be proven safe and effective.

Among the bio-stimulant bloom, boosters is Massive which claims “over 80 different organic compounds” and labels Gibberellins [GB] and Triacontanol [TRIA]. Oddly enough Massive also hosts a higher N percentage than P! GB is a much-discussed plant hormone without a lot of data relative to its use with short-day annual plants, and though claims are made within hobbyist circles they are ambiguous.

Numerous amateur trials have been conducted on GB to reproduce the dramatic cell elongation that caused it to be discovered initially in rice patties presuming it would deliver larger blooms, yet the tests are not entirely conclusive.

Numerous articles on various plant species are available in scientific journals citing the benefits of TRIA, and rest assured Massive is not the only product which contains it; however, debate still exists as to the plant-availability of TRIA without adequate solvency.

Listed as a “beneficial” but commonly considered a booster is Advanced Nutrients’ Big Bud (0-10-40 and 0-1-4 hydrated) which includes a hearty dose of magnesium as well as an assortment of L-amino acids.

L-amino acids have been found to affect numerous plant processes from root development, protein synthesis, enhancing photosynthesis – as well as providing nutrients and improving the microbial conditions of the soil. During times of stress, plants do not synthesize all L-amino acids, so Big Bud may make a suitable transplant nutrient in the right dilution.

The repository of old feed charts speaks volumes about how much variability there is too late boosters. The base nutrients in each recipe are not identical, and though one may assume for simplicity that each recipe will, in the end, target a similar nutrient ratio, that is not necessarily the case. Without clear evidence of what might be “the best” the consumer is often left to chose a recipe based on gut instinct and advice from other growers.

Keepin’ it simple with the mineral salts is the time-tested Kool Bloom powder by General Hydroponics that appears fairly often in various recipes. Kool Bloom (previously Kabloom!), rockin’ the 2-45-28, comes in 2.2lb packs for only $45. Bustin’ out the Super Phosphate is Supernatural Brand’s Bud Blaster (1-52-31) used in conjunction with Super Boost (10-49-10) which is also garnished with a dash of B1.

Superphosphate is not donned on a lot of labels making Bud Blaster a fairly unique and potent high-phosphate option at around $95 for 500g. A more recent addition to the late booster family is Overdrive (1-5-4) by Advanced Nutrients, which hosts a mineral profile quite similar to their 3-Part Bloom. “Overdrive” retails for around $39 per liter.

We can see a trend in high-PK boosters, leaning clearly towards the phosphates, but not all plant scientists agree that phosphorus is the key in the final stages. Dr. K by Alltek is a hefty dose of potassium in its chloride form, and is claimed to be ‘designed to harden flowers at the ripening stage.’

‘Muriate of Potash’, as it is also known, is a well-utilized agricultural staple worldwide; and contrary to common presumptions the chloride is not reactive like chlorine and has not proven harmful to microbiology or roots. That said, in limited drainage situations chloride can accumulate and become toxic, so it is not often included in liquid nutrient formulas.

Finishing the late boosters is Green Planet’s “Finisher” which is the antithesis to the high-PK paradigm – as it contains none. Finisher’s ingredient includes ‘organic enzyme activators, vitamins, essential amino acids’ – aka The Other Stuff, including another dose of TRIA to spice things up.

If the lack of PK bewilders you, I would get used to it. The bio-chem soup of barely pronounceable plant extracts and patented molecules is the way of tomorrow. If you understand and love your mineral salts, they will probably never disappear from the store shelves – but make way for the new generation of bloom boosters and stimulants that boggle the mind!

my philosophy on nutrients is KISS (Keep it simple stupid)

How to prevent and eliminate aphids on cannabis 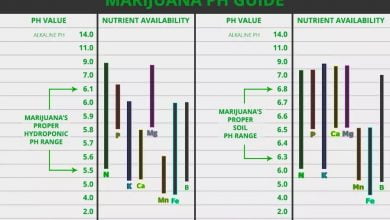 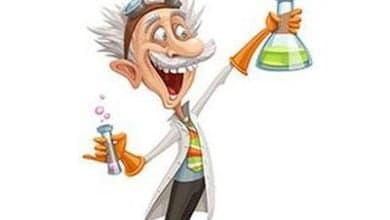 What You Need to Know About Hydroponic Nutrients 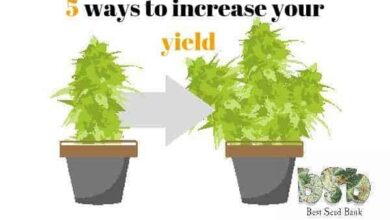 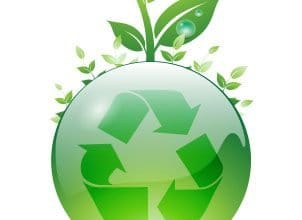